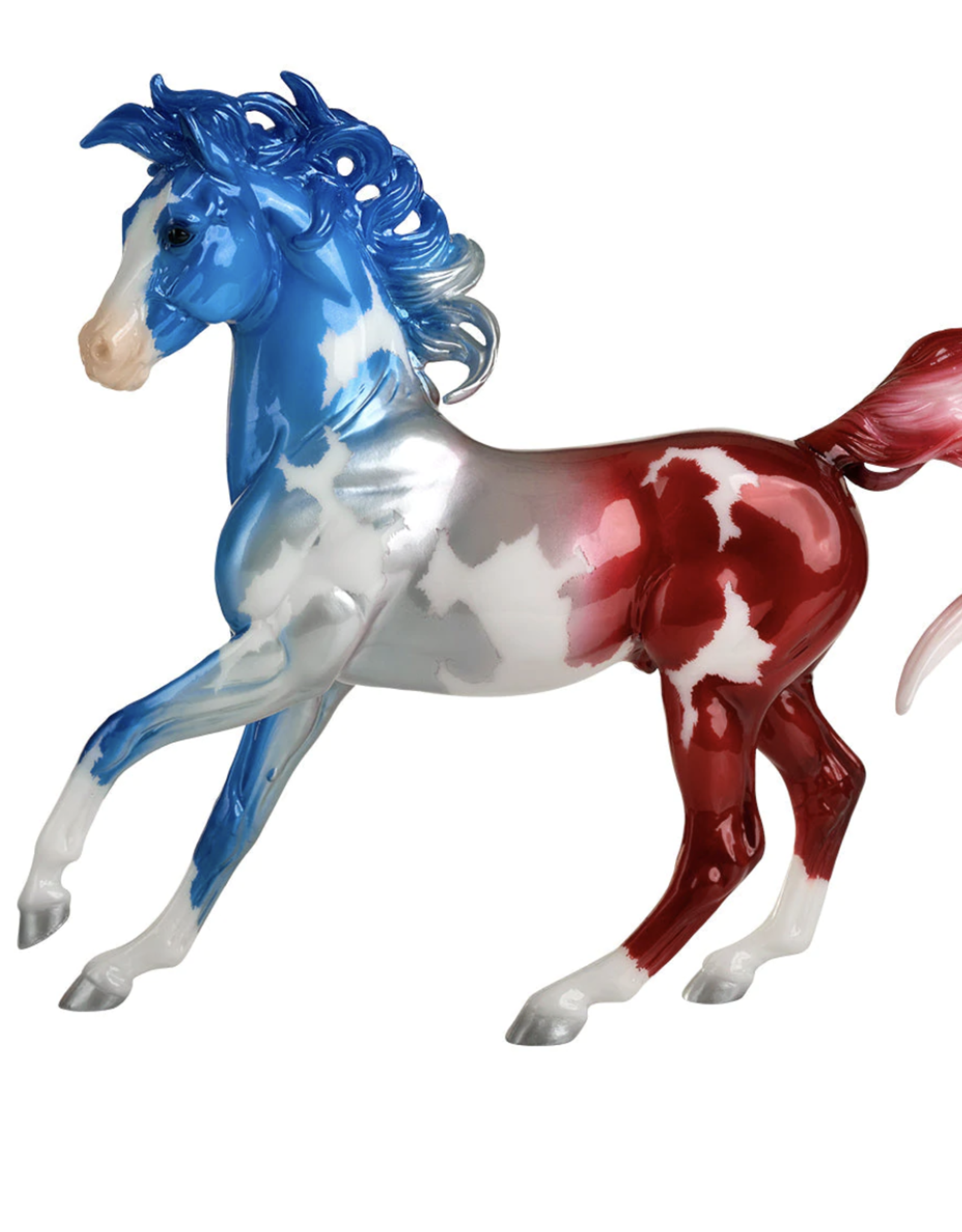 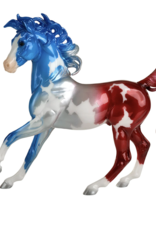 With his mane and tail blowing like a ­flag in the wind, Anthem is a richly hued decorator model that pays tribute to America’s national anthem, “The Star-Spangled Banner.” His pinto coat takes on the familiar hues of red, white, and blue, along with a splash of metallic silver.

The anthem we know today was originally a poem penned by Francis Scott Key during the War of 1812. Key watched from a ship as the British Army fired upon Fort McHenry continuously for 25 hours. However, by the dawn’s early light the American Flag still proudly ­flew and inspired him to write a poem that was first called “The Defence of Fort M'Henry.”

Key’s original poem was later set to music composed by John Stafford Smith and was adopted as the national anthem in 1916 thanks to an executive order from President Wilson. Its status was solidified through a Congressional resolution in 1931 signed by President Hoover. Though written centuries ago, this powerful anthem still inspires our nation today.